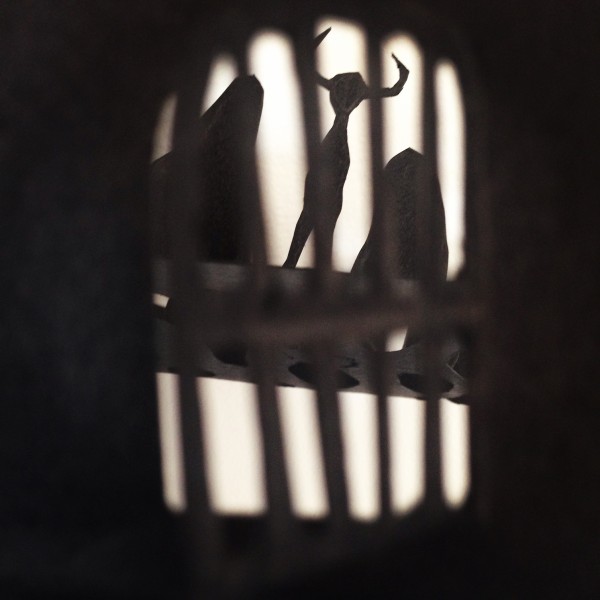 Last Saturday I spent several hours in the company of other people playing with shadows. Spike Island café in Bristol’s Harbourside was full of people of all ages cutting out pieces of black card and experimenting with sheets of coloured acetate to make puppets, under the watchful eye of Cori Bona, a puppeteer. The session was called I am Making Art and I turned up at 12 and stayed ’til 4pm, working on my Shadowmaker shadow puppet & a card version of the game landscape that people can print, cut and fold themselces. It is something that I have been putting off and putting off and experimenting and being too scared to share, even though the pdfs were promised as a reward for funders such a time ago. But at the Spike Island workshop I had such positive feedback from the other participants that I have knuckled down and scanned in what I made and am sending out the pdfs this weekend. One thing I do have to make sure is that the emails actually send to everyone and not just the first 100 people on the list – apologies to those of you whose surnames come late in the alphabet and who may not have heard a dicky-bird from me since you handed over your tenners.