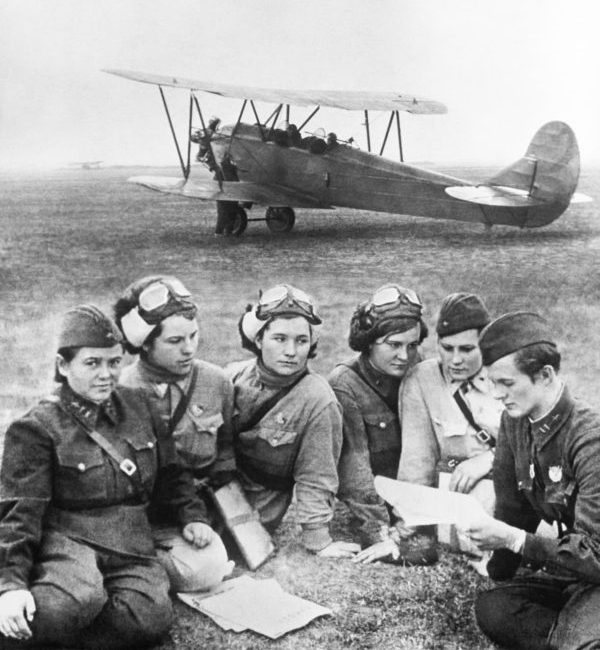 Nightwitches is a work-in-progress: a 2D game inspired by the stories of heroic Russian women pilots who flew old cropdusters on the Eastern Front in WW2 to drop bombs on enemy (Nazi) locations. They were called Nightwitches as they cut their engines while heading in for their targets, and all that could be heard was the flapping of the canvas on their plywood planes, which the soldiers thought sounded like broomsticks. I was quite fascinated by the stories of these amazing pilots flying very flammable planes! My Grandad was in the Royal Engineers Balloon Corp before WW1, and had a collection of old postcards and photos showing some of the early flight experiments in the British Army. He got sent aloft strapped in huge box kites and was present at several historical events in aviation history. Finding this out has given me quite an interest in using aircraft inspired by Grandad’s faded photos in my games, such as Shadowmaker, but that’s another story.

I suggested Nightwitches to Grrrlgames as a collaborative project; I’m  designing the gameplay with Claire Morley of 3FoldGames who is also our Unity programmer. AJ Murdoch is creating the artwork. We work on it intermittently between all the other things we are up to.

We want the gameplay to reflect actual Nightwitch tactics i.e. cutting the engine and gliding in to target, the lead airplane drawing fire to enable the bombing plane to sneak up behind. Don’t want to give away too much but it’s looking good.